Church and State: Islam is a Religion Too?

As reported by American’s United in “Louisiana Revelation: School Voucher Funding – It’s Not Just For Christians Any More” Louisiana state rep. Valarie Hodges (Republican) is now unsure of her support for Gov. Bobby Jindal’s patently unconstitutional (but still ratified) law allowing taxpayer money to fund private religious schools.  According to the Livingston Parish News the representative is quoted as: 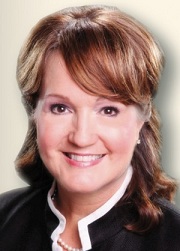 “I actually support funding for teaching the fundamentals of America’s Founding Fathers’ religion, which is Christianity, in public schools or private schools.” and “I liked the idea of giving parents the option of sending their children to a public school or a Christian school.”  Later she added, “Unfortunately it will not be limited to the Founders’ religion.”

While the founders religious preferences are still debatable it’s very likely that many (if not most) would be very uncomfortable with the evangelism of today.  It’s also true that many of the most well-known and most respected of the founding father’s (Jefferson, Franklin, Hamilton, Adams, Wilson, Morris, Madison, and Washington for example) are also those most critical of religion.

Jefferson, of course, is credited with coining the term “separation of church and state” in a letter to the Danbury Baptist Association:

“Believing with you that religion is a matter which lies solely between man and his God, that he owes account to none other for his faith or his worship,  that the legislative powers of government reach actions only, and not opinions, I contemplate with sovereign reverence that act of the whole American people which declared that their legislature should ‘make no law respecting an establishment of religion, or prohibiting the free exercise thereof,’ thus building a wall of separation between church and State.”

Representative Hodges clearly needs to review her history.  Finally she ends: “We need to ensure that it does not open the door to fund radical Islam schools. There are a thousand Muslim schools that have sprung up recently. I do not support using public funds for teaching Islam anywhere here in Louisiana.”

For Representative Hodges clear ignorance of her own history and the US Constitution she easily earns a charge of Dumbassery in the First Degree.  For her blatant (and illegal) favoritism of her own religion she also garners an additional charge of Dickory in the Second Degree.

One response to “Church and State: Islam is a Religion Too?”