Donald Trump is a Terrible Person 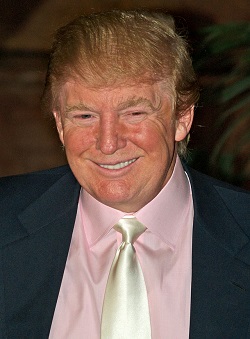 As being reported everywhere (ABC, CBS, NBC, FOX, USA Today,  TheDaily News, The New York Times, CNN, The Boston Globe and about a million others) Donald Trump is now officially running for president, rounding out the Republican field at an even dozen. This was pretty damn sad.

Almost as quickly, many sources let us know just how full of shit he was. This was even sadder:

If asked our opinion, we’d say that Trump isn’t really serious in his bid and that it’s simply a ploy to collect as much of the Republican’s crazy fringe as he can to eventually sell them off to the highest bidder with an endorsement. Serious or not, this move does make Trump, officially, a politician which allows us to cast judgement.

This entry was posted in Campaign 2016, Sad Politicians and tagged Dickory, Douchbaggery, Dumbassery. Bookmark the permalink.