Many People in Idaho don’t Understand the Constitution 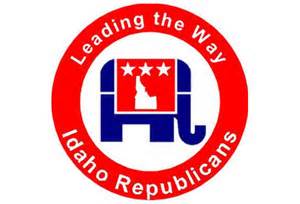 As reported by John Timmer in Ars Technica, “Idaho Republicans want Bible in schools for ‘astronomy, biology, geology’“, the State Republican Party Central Committee of Idaho doesn’t understand the laws of the country in which they operate. In an otherwise rather dull set of proposed resolution they’ve included Resolution 2015-P20, “A Resolution Supporting Bible Use in Idaho Public Schools“.

In short the resolution, basically, says that 1) because both the state Constitution and the state Republican platform mentions a god, 2) that they believe a known lie about congress promoting the use of The Bible in schools in 1782 and 3) that the Supreme Court has upheld the use of The Bible in schools when used as piece of historical literature that it should be legal to use it all over the damn place (emphasis added):

THEREFORE BE IT RESOLVED,That the Idaho County Central Committee encourages the Idaho legislature to draft and support a bill stating that the Bible is expressly permitted to be used in Idaho public schools for reference purposes to further the study of literature, comparative religion, English and foreign languages, U.S. and world history, comparative government, law, philosophy, ethics, astronomy, biology, geology, world geography, archaeology, music, sociology, and other topics of study where an understanding of the Bible may be useful or relevant;

The resolution is mum as to why The Bible would be appropriate for use in Biology and Astronomy but not, say, Mathematics or Physics.

As most school-children (well, at least those not in Idaho) are likely aware: use of The Bible in public schools, outside of its legitimate standing as a piece of literature, is an illegal promotion of religion. It’s sad that those wishing to run the country can’t be bothered to learn how it works.

The Committee’s ignorant, and likely willful, misunderstanding of the law earns them a shared charge of Dickory in the First Degree.